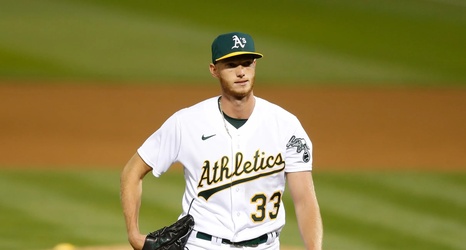 The hits just keep coming for the 2021 Oakland A’s.

Athletics Nation hadn’t even finished celebrating the first win of the season after six straight losses before the next piece of bad news came in. The A’s placed top pitching prospect A.J. Puk on the 10-day injured list with a strained left biceps, the team announced.

To take his place, reliever Deolis Guerra was called up from the alternate site. Guerra wasn’t on the 40-man roster, so to clear space pitcher Trevor Rosenthal was transferred to the 60-day IL.