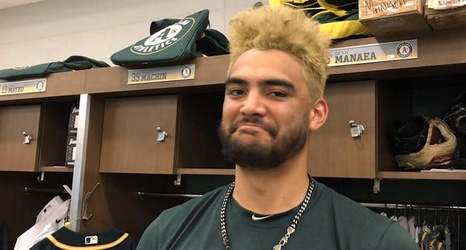 Like a bank robber found with the bag of money stolen from the vault claiming the crime was victimless, the Houston Astros refuse to show real remorse when it comes to their sign-stealing scandal.

And Sean Manaea has had it.

The A's starting pitcher took the Astros to task Thursday after the Astros held a press conference to answer questions about the biggest story in baseball. Astros owner Jim Crane claimed the Astros' digital sign-stealing had no impact on the outcome of games, and players like Alex Bregman and Jose Altuve offered milquetoast apologies that reeked of insincerity.