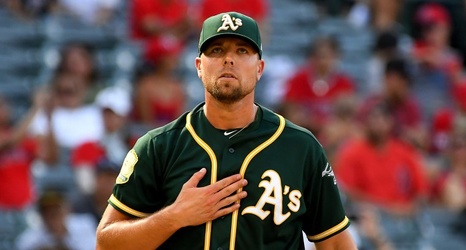 Who is the real Blake Treinen? The un-hittable All-Star closer with a .78 ERA and deadly 100 mph sinker? Or the oft-injured reliever who lost his command and slid into a 4.91 ERA?

The Oakland A’s didn’t care to spend $8 million to find out. They non-tendered Treinen, along with catcher Josh Phegley and left-handed reliever Ryan Buchter.