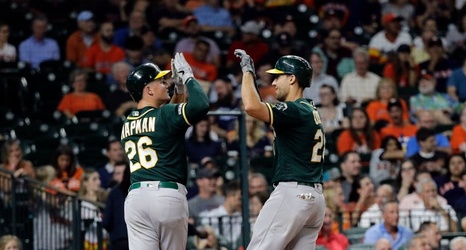 The A’s had four Gold Glove finalists, two are winners.

Shortstop Marcus Semien was a finalist for a second straight year, but lost out to Cleveland Indians’ Francisco Lindor. Left fielder Robbie Grossman was named a finalist for the first time in his career, but lost to Kansas City’s Alex Gordon.

Oakland’s elite corner infielders were honored for their pioneering craft at third and first base.