A’s Mailbag: What will the A’s do with Marcus Semien? 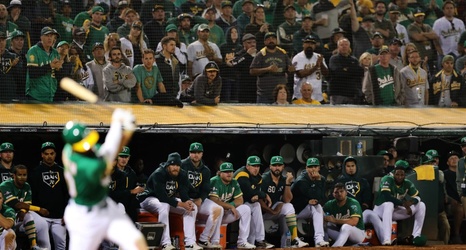 Winter Meetings are a mere two weeks away, the Hot Stove is warming and 2020 is near. It’s time for an Oakland A’s mailbag.

From @DankHungary: Odds on locking Marcus up?

The A’s future with Marcus Semien is getting murkier by the day. It’s hard to assess the odds that the MVP finalist and the A’s might settle on an extension this year, there are a few angles to gauge the situation. An extension, a trade and an arbitration settlement all seem to be on the table.

MLB Network’s Jon Heyman tweeted that Semien’s new agent, Joel Wolfe, was working with the A’s to settle on an arbitration figure — Semien is in his final year of arbitration in 2020.