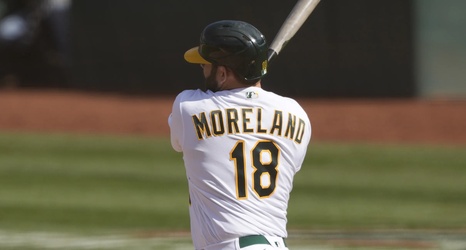 The Oakland A’s have already overcome a few minor injuries early in the 2021 season, as Sean Murphy, Ramon Laureano, and Matt Olson each missed a few games but are now back in the lineup and playing well.

However, another hitter is now taking a brief turn on the bench. DH Mitch Moreland was out of the lineup Friday due to “a little hamstring issue,” reports Shayna Rubin of the Mercury News. The lefty was available to pinch-hit if needed, but was not called to do so. He also did not play on Saturday, and the team is off Sunday, so he’ll get three straight days off.