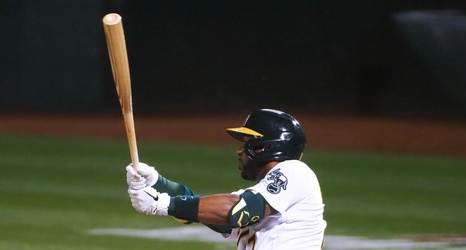 The A’s have had so many bizarre seasons from 2001, where they started to 2-10 on their way to winning over a hundred games to 2002, when they rattled off 20 consecutive wins to 2012 when they came out of nowhere to stun the Texas Rangers and win the AL West.

But as the ebb and flow of strange seasons go, the 2005 campaign is up there with the best of them. Yesterday, the A’s were on the verge of starting 0-7. How close? If Matt Chapman is gunned down at the plate on Elvis Andrus’ short fly ball, the A’s are toast.