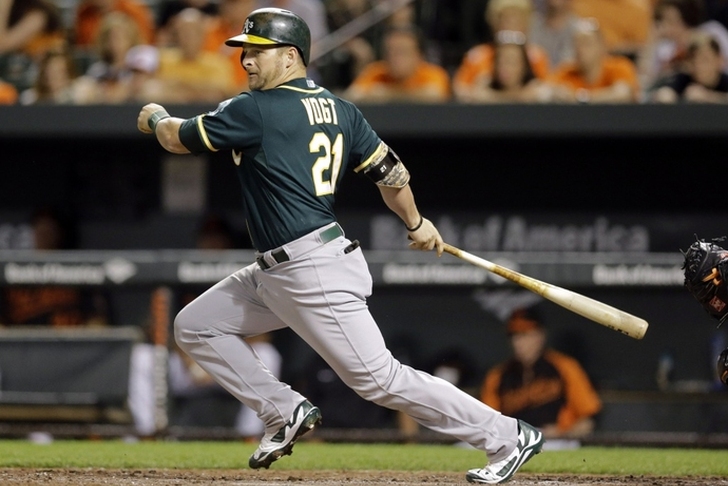 The Oakland A's are finishing up a long, disappointing 2015 MLB regular season, but that doesn't mean the A's haven't had their share of bright spots as the campaign has worn on. One of those bright spots? MLB All-Star Game representative and all-around clubhouse leader (and catcher/DH) Stephen Vogt.

Vogt received his second-straight Catfish Hunter Award from his A's teammates on Thursday at the O.co Coliseum, given to the player who best embodies the work ethic and spirit of "Catfish" through his play and off-field conduct.

In addition to the Catfish Hunter Award, Vogt was named the winner of the A’s Dave Stewart Award for Community service and the Good Guy award from the Bay Area chapter of the Baseball Writers Association of America (BBWAA) on Wednesday.

However, it's the Catfish Hunter Award -- one given to him by his peers -- that means the most of all to Vogt.

“This one’s the biggest one to me,’’ Vogt said, via John Hickey of Inside the Oakland Athletics. “It’s the one that your teammates vote for you. I’m honored to win it. That they chose me as the Catfish Hunter Award recipient, it’s just really cool to have your teammates and your peers think of you in that regard."