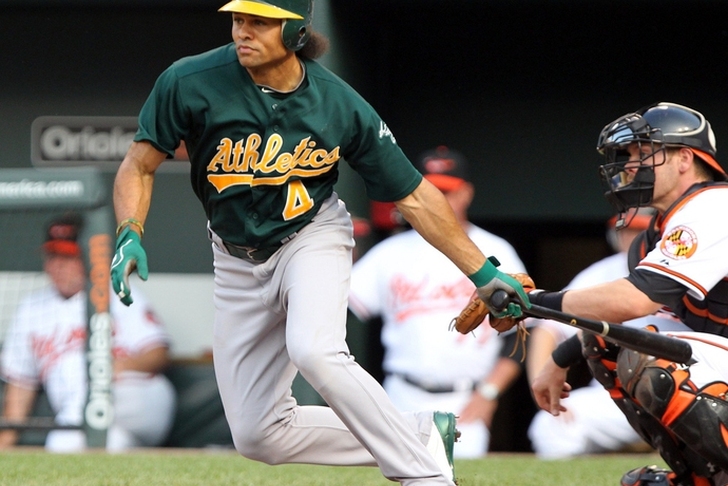 The Oakland A's have embarked on an offseason of transition so far, promoting Billy Beane while naming David Forst as the team's new GM in his place. What will the front office shakeup mean to the team's offseason plans, if anything? Who's staying? Who may be going? Here's our A's Offseason Rumors Roundup: Mid-September Edition.

No Replacement For Crisp?

The Oakland A's are banking on the fact that outfielder Coco Crisp will be healthy enough for a starting role next year, and will not be looking to the free-agent or trade markets for outfield help.

"When he doesn't play for a month, that's when he feels the best," GM David Forst said, via Brian McTaggart of MLB.com. "I think we're going to go through the offseason assuming he's working hard, but he always comes in feeling great. It's the baseball activity that aggravates his neck. We'll just remain hopefully optimistic on Coco that he can get to a place where playing every day doesn't set him back."

Sonny Gray Unlikely To Be Traded

A 2015 AL Cy Young finalist, Sonny Gray fits the bill as a player the A's have traded in the past to restock their farm/MLB team with more years of team control -- young, at perhaps his highest ebb of value and highly coveted by teams with deep Minor League systems.

However, GM David Forst says the team is currently uninterested in entertaining offers for their ace.

“We don’t intend to trade Sonny Gray,” Athletics GM David Forst told WEEI.com’s Rob Bradford today. “Not for a lack of interest, and not because he’s not a great pitcher that a lot of teams want. But we really feel like he’s part of our future, as well. As soon as you trade a young, healthy really good pitcher, you’re looking for another one.”