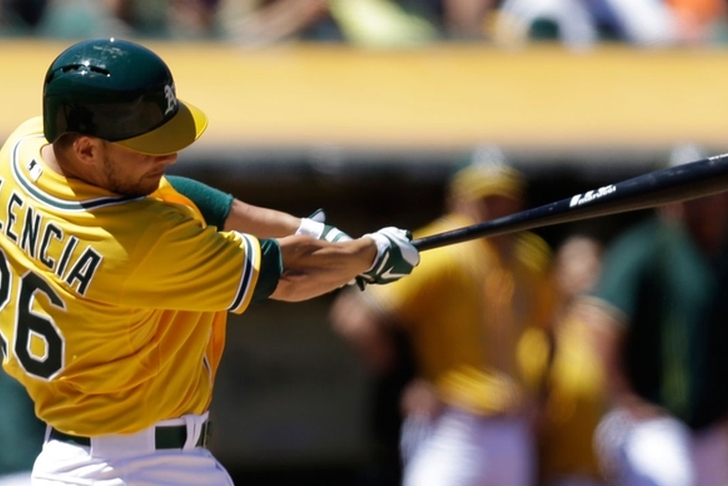 The scuffling Oakland A's have sorely missed starting third baseman Danny Valencia, but the latest word from manager Bob Melvin makes it sound like the middle-of-the-order hitter could return in time for the team's weekend series in Baltimore.

In fact, after a rehab game on Monday and a medical check-up on Tuesday, it could be all systems go for Valencia for the series opener against the Orioles on Friday. The third baseman, who has been out since April 20 with a strained left hamstring, was one of the A's more consistent bats before going down, hitting .294 in 14 games.

Coco Crisp has manage to avoid a DL stint thus far, playing in 22 games for the Green and Gold, but the oft-injured outfielder saw a doctor on Wednesday and wasn't used off Oakland's bench in a 9-8 loss to the Mariners. CSN Insider Joe Stiglich calls the heel injury a "non-baseball medical issue," so it appears the A's have dodged a bullet with this one.

Follow our Oakland A's page for all the latest A's news!