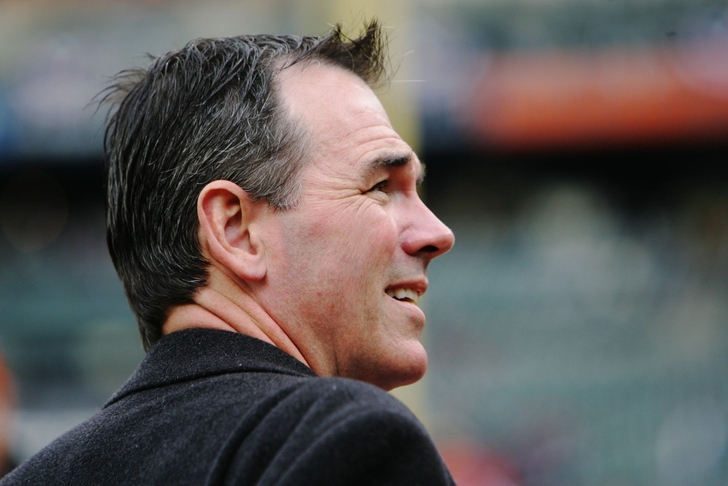 Those assuming that Oakland Athletics GM Billy Beane is going to embark on yet another fire sale before the MLB Trade Deadline on July 31st may be surprised.

Per John Hickey of the Bay Area News Group, the advent of the second AL Wild Card could be enough for the A's to either stand pat or even add another piece via trade:

"Given how rotten the A’s first half has been, it makes sense to think about moving players who likely won’t be here next season if the deal is right.
"The trouble is, that’s not really the way Beane thinks. He’s always been high on the potential his current team has, and the injuries that have battered the team have as much to do with the A’s miserable record as anything. Beane is a competitor. If he thinks his team has a chance to be a competitor too, he’s not likely to break it up in hopes for future gains.
"The final two weeks of July could convince him that the cause is hopeless, and then you might see players flying off the shelves. But as one American League general manager (not Beane) said the other day, “thanks to the wild card, there aren’t that many teams that are really out of it. The A’s are playing better than most teams right now, and have been for a while now. They aren’t one of the teams that’s out of it.’’'

This all will likely be contingent on just how the A's fare out of the blocks in the second half. They lost their first game after the All-Star break to the Minnesota Twins, 5-0.