Athletics Trade Rumors: 3 Things To Know Before The Deadline 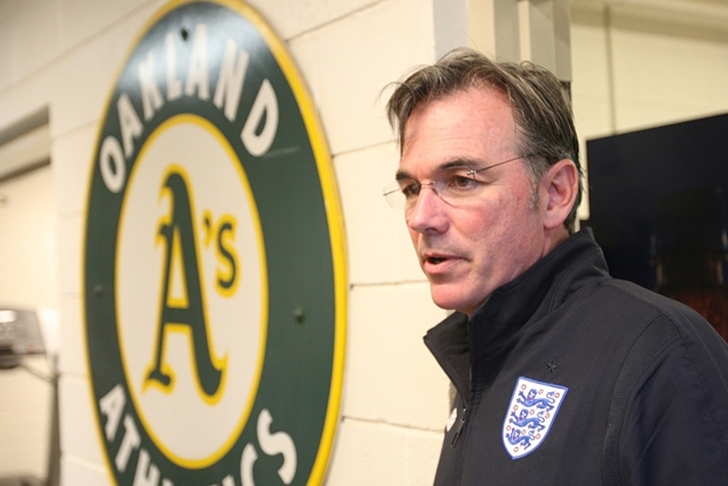 The hours are ticking down in advance of Friday's 2015 MLB Trade Deadline, and there's plenty of intrigue to go around surrounding all 30 MLB teams -- ESPECIALLY the Oakland A's. With that in mind, here are three rumors you need to know:

After trading Scott Kazmir to the Astros and Ben Zobrist to the Royals, the sense across the league is that the Oakland Athletics are now “open for business,” tweets ESPN’s Buster Olney.

The A’s have a lot of players that have drawn widespread interest, though general manager Billy Beane is adamant on not wanting to move anyone who Oakland has under contract for next season.

Josh Reddick is another name that may be on the market, as he has drawn inquiry from the Angels, but Oakland had no interest in moving their right fielder at that time.

According to ESPN’s Jerry Crasnick, the Athletics won’t move right-hander Jesse Chavez. Though he's drawn interest from various teams around the league, he is controlled through 2016 at what should be a reasonable rate. Chavez is owed just $2.15 million in 2015 and should get a nice, but not enormous raise in arbitration this winter, according to MLB Trade Rumors.

Oakland has had a frustrating season to this point, which has turned them into sellers at the deadline. Beane spoke after the Zobrist trade, saying the A's position is unfortunate:

“You’d rather be on the other end of it,” Beane told Susan Slusser of the San Francisco Chronicle. “We’ve been on both sides in my tenure here, but you have to be realistic in evaluating your situation going forward. This season we had high hopes and we got off on the wrong foot….and it just snowballed.”

Follow our Oakland Athletics team page for all the latest A's news and rumors!