Top 5 reasons the Oakland Athletics are not in the ALCS 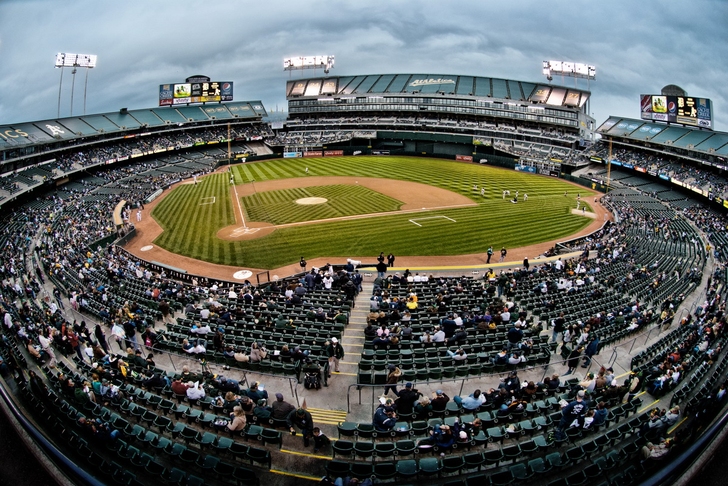 There was a hole, and I crawled into it.

Cyber-Verlander recalibrated his lasers. He aimed and fired at will at an offense which oddly lost the dynamism which is emblematic of a platoon system. Facing such a fire-powered right-hander dominated pitching staff neutralized Melvin's Pokemon' power of shuffle (shu FFFFFFF AHHHH l.) Instead of plugging and playing the numbers, Jim  Leyland used good old-fashioned power on both sides of the equation to barely, and just barely, outlast the Green and Gold.

And so I stewed. And looked at Twitter updates with just one shaking eye. And convinced myself that October hockey, Bill Simmons NBA preview videos, and a Dr. Jekyll/Mr. No Offense Raiders team was enough.

And now, it's time to reflect, as quickly and painfully as possible, on the Top 5 Reasons We Will Not Hear "Let's Go Oakland" Reverberate Across National Airwaves Tonight.

5. Losing two out of three against the Seattle Mariners in the final series of the regular season:

A series victory against a rudderless Mariners team would have vaulted the Athletics into the #1 seed for the ENTIRETY OF THE PLAYOFFS. The A's would have matched up much much much better against the Tampa Bay Rays, as they would have faced a pitching staff that alternates lefties and righties in such a way that Bob Melvin could have maximized his situational lineup potential.

It is very possible the A's would have faced the Tigers and the Scherzer/Verlander wrecking ball in the ALCS...but THERE WOULD HAVE BEEN AN ALCS TO CRY OVER.

4. Carrying three catchers on the playoff roster and using ONE.

Well, maybe this is a little unfair. Derek Norris did get ONE at-bat. Stephen Vogt did an extremely admirable job handling the pitching staff, and by no means was he the reason why the A's couldn't solve Verlander or Scherzer (however, he did only go 3 for 16 in the series with one massive pie-inducing hit.)

Take Suzuki, despite his defensive prowess, off the roster. Bring Nate Freiman in for situational baseball destruction against lefties. Melvin, by attempting to give the A's the ultimate spectrum of options behind the plate, limited the A's flexibility as an offensive whole. A team whose flux was its biggest advantage played in stasis for the majority of the ALDS. AND STILL CAME THIS CLOSE. Caps. Caps. Caps. SORRY.

3. A streaky offense going cold at the exact wrong times.

This will lead into my number 2 point, but it needs stated twice. The A's offense went dormant at the exact wrong time. The Tigers didn't hit well themselves, batting .235 for the series. However, the A's hit just a bit better than the newly named Chris Young-line, batting just .217. Coco Crisp, Yoenis Cespedes, and Seth Smith all hit over .300, but after that nothing.

The fourth-best hitter in the lineup was Josh Reddick, hitting a not-so-groovy .235. Five A's regulars hit below .200. Just a few more hits, and a little more pressure applied to Leyland's decision making, and this series could have swung completely.

2. The newest nightmarish memory set to replace all the old ones.

Bases loaded. And then. Well, video will save me from a bunch of expletives (start at 1:49 for our purposes):

This series turned here. We can disregard momentum all we want with advanced metrics and raw numbers. That swell of emotion. The knowledge of having the best postseason pitcher of our time starting game 5. All of that ended up as the perfect storm to add another dagger into the hearts of A's fans.

I was wrong. Dead wrong.

I thought Scherzer was overrated from the little I got to see him pitch this year.

I thought Verlander's circuitry was fraying and that the safety cable was bound to be cut loose.

The A's did everything they possibly could from a pitching standpoint this series. Don't blame Colon, Straily, or Parker for giving up three runs each in each of their starts. Major League offenses, more often than not, relish in those kind of outings from their starting rotations.

Don't blame Sonny Gray. At all. He gave us one of the best, most emotional pitching performances I have ever had the pleasure of seeing in game 2. He didn't have it in game 5, but he kept it close.

Verlander pitched 15 innings. He gave up just six hits and no earned runs.

While Scherzer gave up 3 earned runs in nine innings, his clutch performance supersedes any stat in the book.

Congratulations to the 2013 Detroit Tigers. Good luck. You were the better team, if barely.

Now, back to hiding.