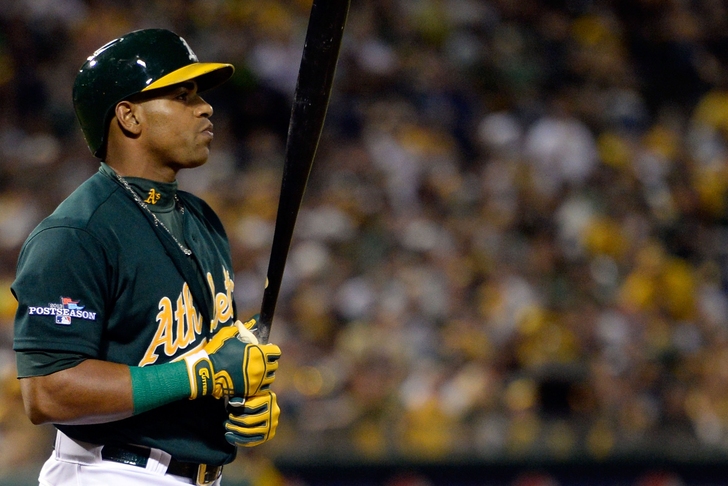 Well, hopefully they get donated to a worthwhile cause.

The Oakland Athletics are currently scheduled to give away 10,000 Yoenis Cespedes "La Potencia" T-shirts before Saturday's home contest against the Kansas City Royals:

However, there's just one problem with that...Cespedes was just traded to the Boston Red Sox as the cornerstone of a deal that brings Jon Lester to the Bay Area.

The giveaway is still posted on the team's official website, but is safe to assume that the A's will likely come up with a Plan B before the doors to the O.Co Coliseum open on Saturday.

Maybe dye them red and trade them to the Red Sox for David Ortiz? One can dream...