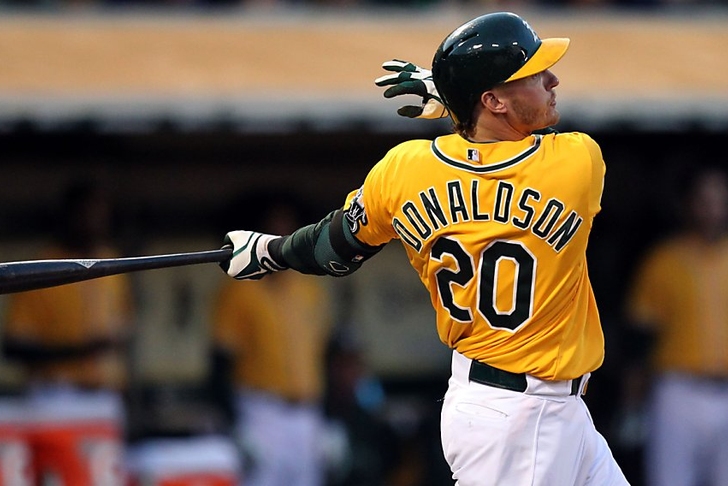 The Los Angeles Angels host the Oakland Athletics in a three-game series starting Monday, and the Angels will have to avoid another sweep if they want to gain ground in the AL West.

The Angels are riding a three-game winning streak thanks to their offense coming alive against the White Sox, but Oakland boasts the AL's best record and a much stronger pitching staff.

The A's have baseball's best run differential at +128. That’s almost double the second-place team, the San Francisco Giants, who come in at +65.

The A's have been firing on all cylinders lately, but they'll need Yoenis Cespedes, Brandon Moss and Josh Donaldson to keep bringing the power - since May 1st, the three have combined for 29 home runs.

Drew Pomeranz, who starts Tuesday, looks on course for a breakout season - he's allowed just 8 ER over his last six starts. If he can stifle the Angels' potent offense on Tuesday, his hot start might finally get some attention outside of the Bay Area.

Mike Trout is heating up, but Albert Pujols continues to struggle - the Angels will have a much better chance at cutting into Oakland's divisional lead if both players are at their best.

Pitchers Jered Weaver and Garrett Richards will also need to be on point, as both struggled against the A's in last month's sweep - Richards excelled in his last outing (9 Ks and 0 ER over 8 innings against Houston on June 4th), and keeping that momentum going in the first game of the series will be key.

Oakland was involved in two dugout-clearing altercations in their last series against Baltimore, but since the Orioles' Manny Machado was behind both incidents, don't expect the same kind of fireworks in LA.

What They're Saying About the A's

Down on the farm: A's top 10 draft picks (Athletics Nation)

What They're Saying About the Angels: