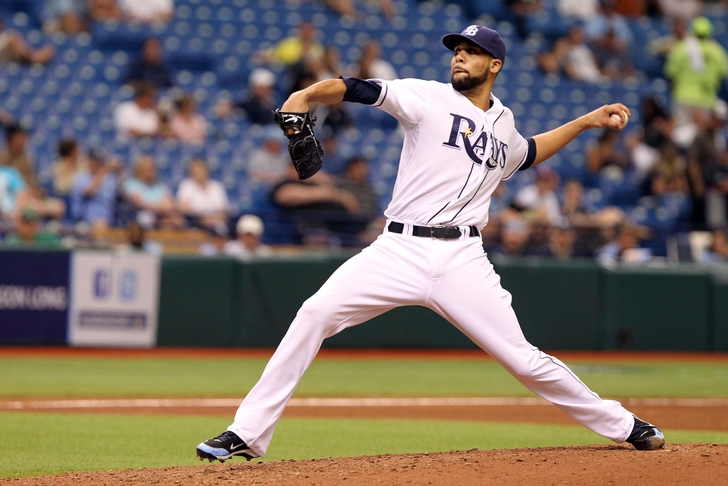 Follow Chat Sports
The A's come out of Detroit winning three out of four, and in all rights, should have locked up their first four-game sweep of the Tigers in almost ten years. However, Torii Hunter, as he always seems to do, happened.

However, there is a boatload of room for optimism coming out of Scotty Bowman's Kingdom. The A's offense literally ignited into a green, comely sort of flame, amassing an absolutely stupefying 34 runs on 52 hits during the four game set. To put that into perspective, the Athletics scored only 31 runs in the nine games prior to their vacation in Motown. Add in the fact that the Green and Gold absolutely hammered both a suddenly humanized Verlander and your de facto American League Cy Young Award winner Max Scherzer, and there are almost nothing but positives coming out of Detroit.

And then the plane lands back home in Oakland, for another absolutely code-critical series against the team they trail by a half game for the first A.L. Wild Card spot, the Tampa Bay Rays. After surviving the Tiger...kitty litter trap(?,) the A's go to work on Friday against my (somewhat dark horse) pick for the Cy Young Award, Mr. David Price. He receives a honorific, for being terrific, and beyond reality since June 1st. The Cy Young Award should go to the pitcher who combines mortifying opposing hitters (the velocity difference between his fastballs alone, not to mention a changeup which can come in looking like a fastball, but 15 mph slower,)with performing when the chips are down. His strikeout to walk ratio in his past eleven starts you ask? 62 strikeouts against just 6 (expletive deleted)-ing walks. The Rays are 9-2 in those starts.

Here are his splits pre-injury in April and May versus post-injury in July and August (per ESPN.com):

Pre-injury, the velocity wasn't always there or at his command, and he was giving up over a hit per inning, along with averaging just over six innings per start. Post-injury, he is giving up about .8 hits an inning, and has found his fastball with an absolute Quentin Tarantino hero-gets-a-twenty-minute-eff-you-vengeance-scene quality. The Rays have gone 30-18 since Price got back on July 2nd, vaulting from the middle of the crowded A.L. East standings to quite legitimately having a case for home field advantage throughout the entire postseason.

David Price has been money when it matters, posting one of the best two month stretches both viscerally and statistically I remember from a pitcher since Verlander realized he was a cyborg sent from hell to crush the A's playoffs hopes over and over and over again, in 2011. If he keeps up this clip, starting against the A's on Friday, my theoretical vote is already 3/4 marked for him.

Pitching match-ups for the weekend by the Bay:

Best Case: The A's shake off the Hunter walk-off blast and Brandon Moss gets a permanent tattoo of the giant "S" that has been on his chest the past week. Parker at least matches up with Price, and the A's win the series through sheer brutality at the plate.

Worst Case: Price proves me right. Alex Cobb continues to be the best pitcher you keep passing up on in your fantasy league. The A's go into Sunday's crap shoot needing 26 runs and a bat boy to pitch in order to salvage a game.