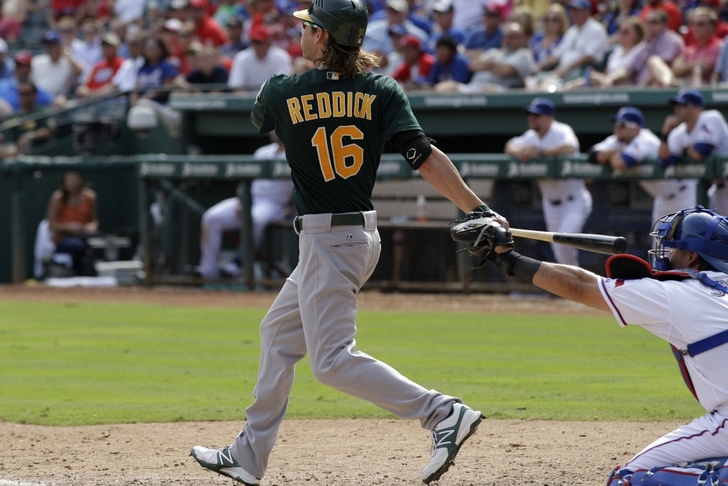 The Oakland A's avoided arbitration with five eligible players, per a team announcement on Friday.

Reddick settled for $4.1 million and is slated to be the team's everyday right fielder, while the recently-acquired Lawrie is set to take over for the man he was traded for, Josh Donaldson, at third base.

Fuld and Gentry appear to be favorites to form a platoon in left for manager Bob Melvin, with both combining great defense and speed on the basepaths. The two combined for 41 steals on 47 attempts in 2014 (Fuld with 21, Gentry with 20).

Finally, in the case of Cook, he'll likely remain in the setup man mix in the team's bullpen with the newly-acquired Tyler Clippard also likely to share that role.