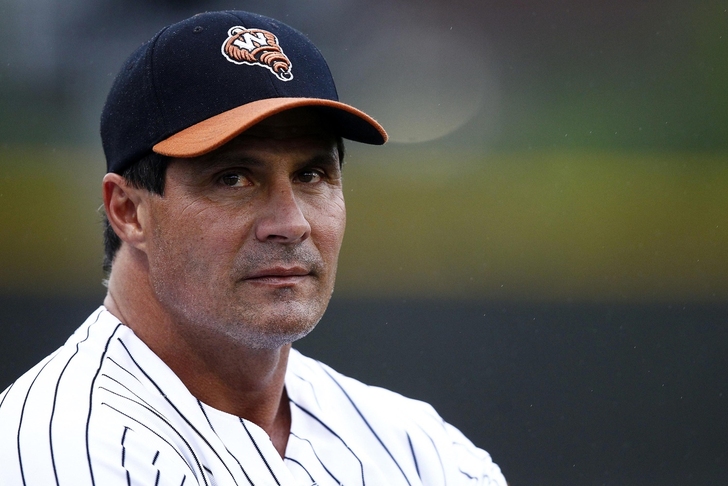 Former Major League Baseball star Jose Canseco accidentally shot off his own middle finger with a handgun on Tuesday, per a TMZ Sports report.

Canseco's fiancee Leila Knight revealed to TMZ that the gun was discharged when he was attempting to clean it at his home in Las Vegas. The former Bash Brother didn't know the gun was loaded, proceeding to fire a bullet straight through the bottom of the middle finger on his right hand.

Knight told the network that Canseco was currently undergoing emergency surgery. No report on his condition has been released as of this writing, yet Las Vegas' ABC affiliate has revealed that he was transferred to the area's University Medical Center shortly after the accident.

Stay tuned to Chat Sports and our MLB league page for all the latest on this developing story.