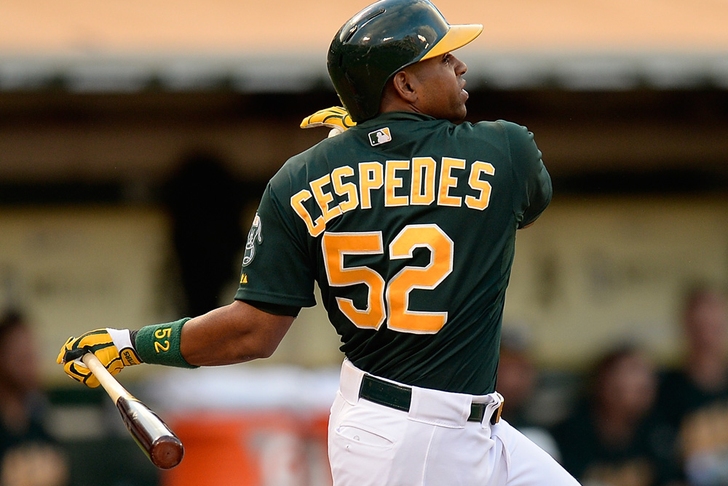 If this next throw by the Oakland Athletics' five-tool left fielder is any indication, that might not be too outlandish of a thought:

He just did that WITHOUT A HOP, in a tie ball game on the road against a division rival in the eighth inning.

In fact, this is the third time Cespedes has nailed an Los Angeles Angels runner at home in the team's past two series against one another.

What are the Angels' thoughts on all of this?

Ok Cespedes. We get it. You have an arm. #Angels

Thank you to CJZero for the GIF.

How fast was the throw? Some baseball physicists (yes, that's a thing) ran the numbers, and the answer is pretty crazy.