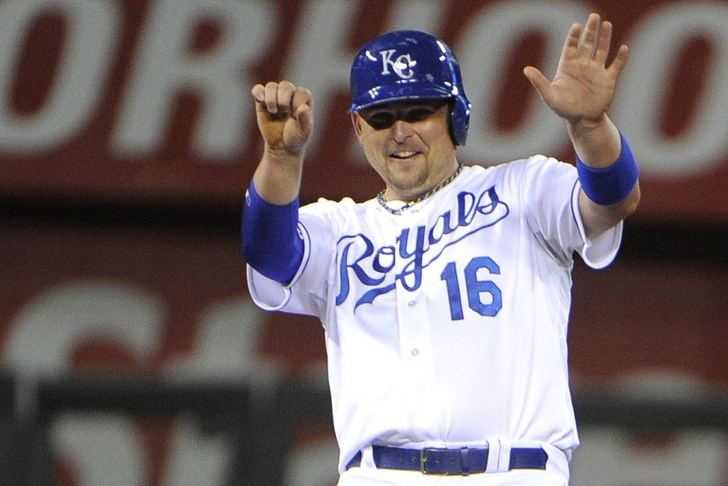 The Oakland Atheletics shocked many in the baseball world (and in their fan base) early this offseason when they signed former Kansas City Royals slugger Billy Butler to a three-year, $30 million deal.

A's fans got their first glimpse of Butler is the trademark green and gold on Thursday, when Butler took some hacks during filming for one of the team's new commercials for the 2015 season.

Billy Butler makes his debut in his #GreenCollar uniform while filming an #Athletics commercial at Hohokam. pic.twitter.com/avgGfiaFk3

Butler has seen his power numbers drop over the past two seasons (he hit just nine home runs in 2014), but he still posted a .271/.323/.379 slash line along with driving in 66 runs during what was a down season for him with the eventual American League champion Kansas City Royals.

Follow our Oakland A's team page for all the latest A's news and rumors fit to print!