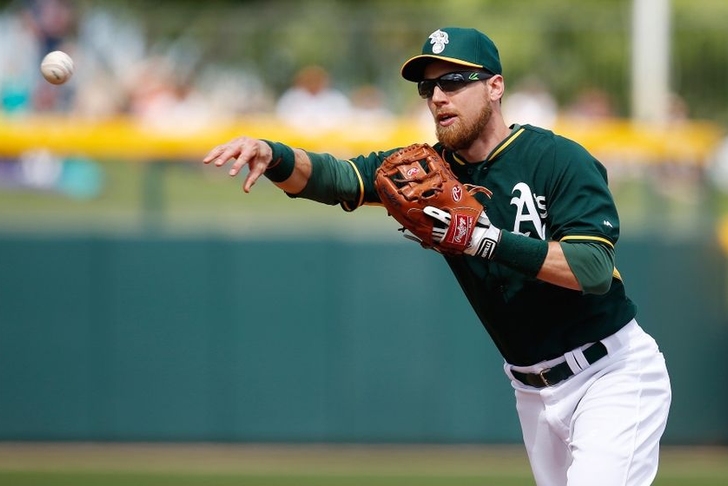 You can’t win them all every single month of every single baseball season, and these next three guys are living proof of that. Here’s our list of 3 Oakland A's Players Who Have Been A Disappointment So Far In 2015. Signing Butler to a three-year, $30 million deal this offseason, G.M. Billy Beane was banking on "Country Breakfast" to provide both pop and consistency in the middle of the team's radically reshaped batting order. Butler has done neither, posting a .648 OPS which is good for 3rd-worst among A's regulars. Unless Butler can rediscover his swing this summer, his contract will begin to feel like an albatross around the franchise's collective necks by September. The other marquee name on Beane's list of offseason acquisitions, Zobrist has been limited to just 45 games due to injury. He's been serviceable when in the lineup, slashing .252/.344/.445 with five home runs and 39 RBIs. However, "serviceable" wasn't exactly what Beane was looking for when pulling the trigger on the trade that brought Zobrist to Oakland -- regardless of the flexibility Zobrist gives the team from a positional standpoint.

You could give this anti-award to several members of the team's bullpen this year -- a unit posting a 4.45 ERA that ranks third-worst in all of baseball. However, Otero could be the biggest disappointment of the bunch. The once dependable bridge reliever was a liability all year long before being sent down to Triple-A, pitching to a 6.29 ERA and a 148 WHIP in 23 high-wire act appearances.