What We Learned From Notre Dame's 38-35 Loss To Duke 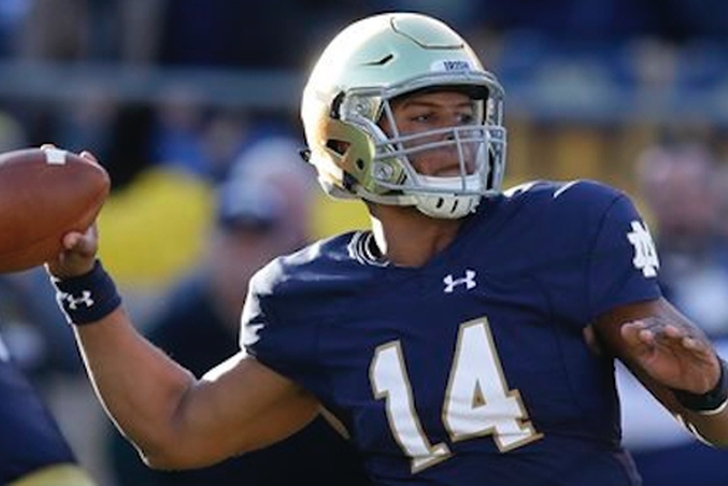 The Notre Dame Fighting Irish suffered yet another disappointing loss on Saturday, losing 38-35 at home to the Duke Blue Devils. Even though the Irish are well out of the College Football Playoff picture, there are still things to take away from this game. Here are three things we learned:

3) Where is the running game?
When your quarterback is your leading rusher, you know you have a problem running the ball. Outside of DeShone Kizer's 11 carries, Notre Dame's running backs combined for 101 yards on 24 carries - just over four yards per carry. Kizer needs help carrying the offense, and someone else from the backfield is going to have to step up and help him for this offense to reach their full potential.

2) They can not lose the turnover battle
This is a general rule in football, but it's something that's becoming especially critical for the Irish. They have turned the ball over three times in each of the last two games, both of which ended up being one-possession games. Bringing that number down would give them more possessions, and would probably change the outcome of those games.

1) Something needs to change with Notre Dame's defense...NOW
If you were at or watching the game on TV, you probably heard the chants of "Fire VanGorder" that echoed through the stadium, in reference to defensive coordinator Brian VanGorder. The defense has been this team's Achilles' heel all season long, but this game was their worst performance of the year. They gave up 498 yards and 38 points to a Duke team that had up 27 points combined against Wake Forest and Northwestern - both of which were losses for the Blue Devils. There's no way that happens without poor coaching and poor game-planning, so VanGorder needs to get this turned around quick if Notre Dame wants to just make a bowl game (and to keep his job).