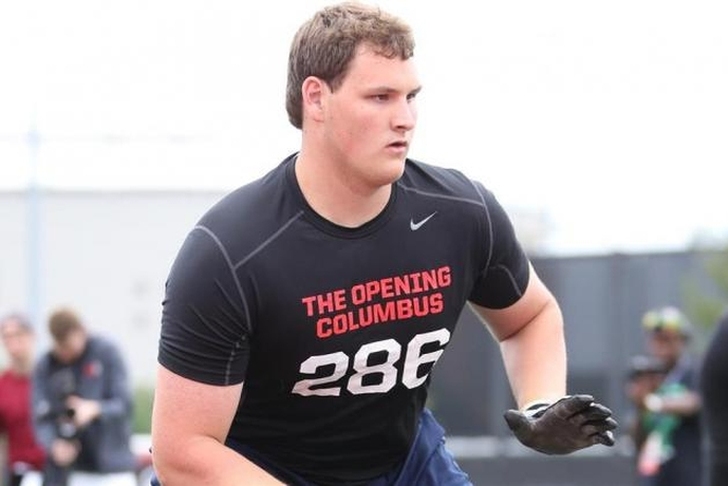 The Notre Dame Fighting Irish are on their way to putting together a top 10 recruiting class in the country, putting together an impressive combination of four-star prospects. However, some of those prospects look like they'll be surefire stars as soon as next year. Here are the top five prospects Notre Dame has already signed this year, headlined by five-star offensive lineman Tommy Kraemer.

5) Troy Pride Jr, CB
Pride committed to Notre Dame in December and has the kind of pure cover skills that will make him a valuable asset for the Irish over the next four years. The 6'0", 171-pounder is ranked as the No. 7 cornerback and No. 95 overall recruit in the country by 247sports.

4) Chase Claypool, WR
Claypool committed to Notre Dame way back in July, and the 6'5", 205-pounder has the potential to be a HUGE threat in Notre Dame's passing attack because of his elite size and ball skills. Expect the Irish to utilize him in the red zone next year.

3) Javon McKinley, WR
McKinley is the kind of prospect that could develop into a Will Fuller-type player for the Irish. At 6'2" and 194 pounds, McKinley has the speed and route-running ability to make an immediate impact as a slot receiver this season.

2) Liam Eichenberg, OT
Notre Dame put a big emphasis on improving their offensive line this recruiting cycle, and Eichenberg was the centerpiece of that. He has been an Irish commit since April, and the 6'6", 290-pounder already has the size and skill to start right away in 2016.

1) Tommy Kraemer, OT
As good as Eichenberg is and will be, Kraemer is the real prize of this class and should be Notre Dame's left tackle for the next few years. At 6'6" and 310 pounds, Kraemer is huge athlete with quick feet and the strength to be one of the best offensive linemen in the country next year. He's ranked as the No. 8 overall prospect in the class of 2016 by 247sports.