With perspective, Camping World Bowl a worthy destination for No. 15 Notre Dame 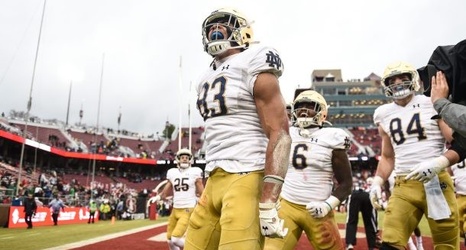 What sounds more absurd, the BattleFrog Fiesta Bowl or the Camping World Bowl? What will get more attention, leading into Oregon vs. Wisconsin or preceding the College Football Playoff? What matchup is more stereotypically insulting, facing Rutgers or Iowa State?

It’s all about perspective, and when realizing Notre Dame once played in a bowl game named not for an aggressive amphibian but for televised obstacle courses, going to play in a game sponsored by an outdoors retailer sounds downright practical.

There is no way to say with certainty where the Irish would have gotten higher television ratings, but it seems a strong bet playing immediately before the two biggest games of the year will draw more eyeballs than playing before the Rose Bowl, a time a not insignificant number reserve for watching the Rose Bowl Parade.