What Position Should Jafar Armstrong Play For Notre Dame In 2020? 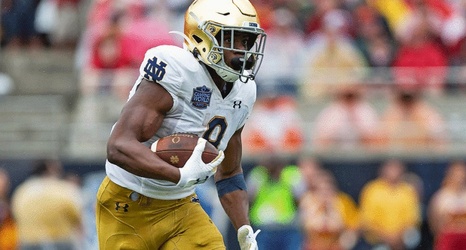 In the spring of 2018, Armstrong was set to play wide receiver for Notre Dame, as a redshirt freshman. He was recruited to play that position out of high school and shined on the scout team during his freshman season. However, with the word filtering through Notre Dame circles that Dexter Williams was going to be suspended for the first four games of the 2018 season, changes needed to be made. The only returning running back with any sort of experience was Tony Jones Jr., with Deon McIntosh and CJ Holmes both being dismissed from the team during winter workouts, putting the running back room in a bad spot.