What Can Notre Dame Expect from Early Enrollees In Spring Football? 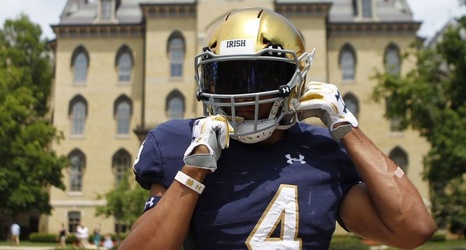 Related Topics: Brendon Clark, University of Notre Dame, human development, Jack Watts, Kyle Hamilton, The Monsters and The Strangerz, In Theory, This Is

In the past, spring ball was a time for the freshmen of the previous class to make their mark. This was especially true for those who chose to redshirt the prior season. This is still the case to a large extent; of the 23 players who signed in 2019, only three burned a year of eligibility–Kyle Hamilton, Jacob Lacy, and Jay Bramblett. This is an incredibly important off-season for the remaining 20.

But, with the now commonplace trend of the incoming freshmen class having numerous early enrollees, spring ball takes on a whole new focus. With eight players from the 2020 class already on campus, that brings the total players with four years of eligibility on the roster to 31.