The Triple Option: The Time I Chose Viggo Mortensen Over Notre Dame Football 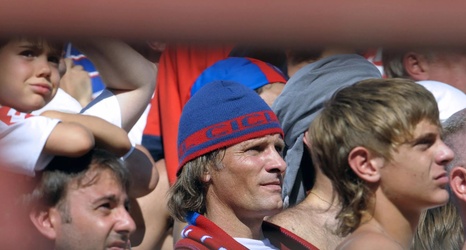 Notre Dame is re-airing its 2006 game against the Penn State Nittany Lions at 7 Eastern tonight, which is a game I missed the first time because I was waiting for Viggo Mortensen.

Mortensen had returned to Watertown, where I was a local political reporter, for an appearance with Robert Johnson, a Democratic congressional candidate. I had started Thursday with the Academy Award nominated actor and Dr. Bob in Plattsburgh; the culmination of this three-day fundraising blitz coincided with that afternoon’s game.

I can’t say enough nice things about Mortensen, who called me from Madrid, Spain, about two weeks before the road tour.