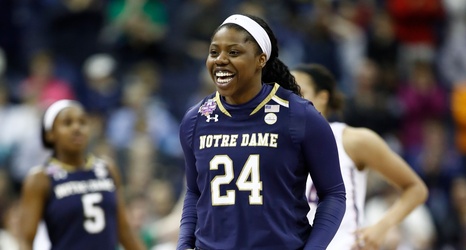 For the Irish, it’s all about defense. If they can play well enough defensively, it will take a lot of pressure off the offense. Notre Dame has put up over 90 points in both games and has scored over 100 points in the paint between the two games.