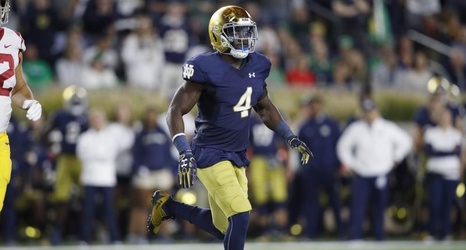 Notre Dame Fighting Irish linebacker Te'Von Coney received a year of probation as part of a plea agreement after he was charged with marijuana possession, the South Bend Tribune reported Tuesday.