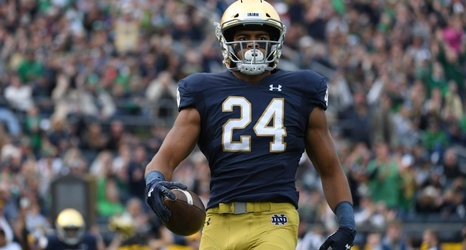 While linebacker Jeremiah Owusu-Koramoah is the probable first-round pick and tackle Liam Eichenberg is the player who could possibly slip into the first round, it is arguably tight end Tommy Tremble who has the most to gain from Notre Dame’s Pro Day today (Wednesday). Owusu-Koramoah can already expect a team to invest the most premium draft capital in him; Eichenberg is hoping to move up from a second-round pick, hardly a poor selection spot in its own right. But Tremble still appears as an undrafted free agent in some draft previews, while others project him as high as the third-round.