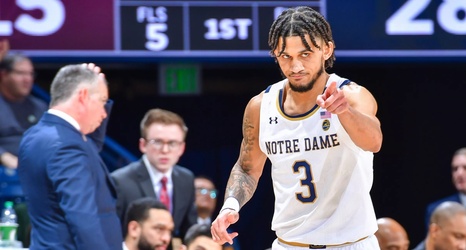 It’s hard to believe, but we likely aren’t that far away from the beginning of college hoops, folks.

Although the full schedule has not yet been released, Jon Rothstein broke the news today that the ACC/Big Ten Challenge match-ups are officially official, with your Notre Dame Fighting Irish men’s squad set to host the Ohio State Buckeyes on either December 8th or 9th.

The last time these two programs met (Dec. 2013), the Irish choked away a win over then-no. 3 Ohio State, having led 58-50 with 2 minutes to play and 60-56 with just 40 seconds to go before allowing OSU to dramatically seize control of the game.