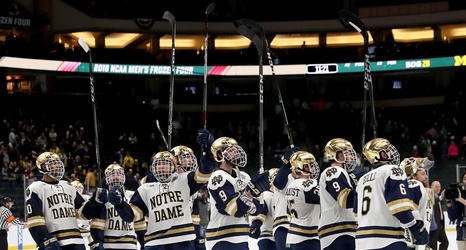 When the former captain of the Notre Dame hockey team, Jake Evans, made his NHL debut with the Montreal Canadians last Thursday, the total number of former Irish players to play in the league this season hit an all-time record at 16 in a single season.