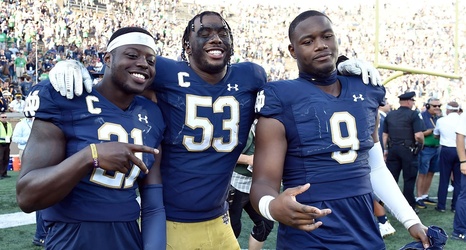 It seems everyone has a first round mock draft these days. Few sites, however, do a full seven round NFL mock draft. One site that does — CBS Sports — released a seven-round mock draft on Friday. They had eight Notre Dame players being selected.

Here are the players and where they were projected to go.

This would be a nice spot for Okwara, paired opposite of rookie standout Maxx Crosby. It would give the Raiders a scary pass-rushing duo for years to come.