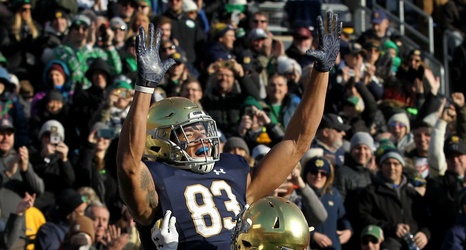 During our preseason superlatives piece, Ian Book won the vote by a landslide with only of our writers selecting a different player — Chase Claypool. At the halfway point of the season, our writers spoke again — this time giving the edge to Tony Jones Jr. At that point, he was coming off some really impressive performances and carrying the offense while Book was struggling to find his footing. Cole Kmet also received some votes. Now that the Notre Dame season is over, a third name has popped up as the overwhelming favorite.