Notre Dame Football: Why the Irish should be in a better bowl game 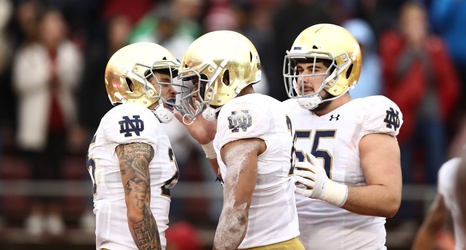 Notre Dame has been stuck in ranking purgatory since getting embarrassed in a 45-14 blowout loss to Michigan in the Big House. Despite the fact that, the Irish were able to right the ship and win out following the loss to the Wolverines, often times in dominating fashion.

After dominating every game since their last second 21-20 thrilling win against Virginia Tech immediately following the loss to Michigan, Notre Dame has been ranked either 15th or 16th in the polls.

The lack of love for Notre Dame in the rankings served as a precursor for the College Football Playoff selection committee’s indifference towards them when determining the matchups for the college bowl games.