Notre Dame Football: When will the Irish start throwing the ball down field? 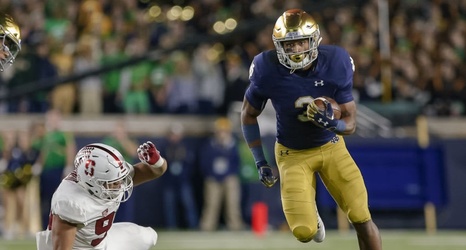 SOUTH BEND, IN - SEPTEMBER 29: Avery Davis #3 of the Notre Dame Fighting Irish runs the ball during the game against the Stanford Cardinal at Notre Dame Stadium on September 29, 2018 in South Bend, Indiana. (Photo by Michael Hickey/Getty Images)

The offense for the Notre Dame football team took a step in the right direction against USF, but when will the Irish start taking shots down field?

Ian Book’s season hasn’t exactly started with a burst of fireworks. Against Duke, he started slow and played like it was his first game starting, not the first game of his third year.