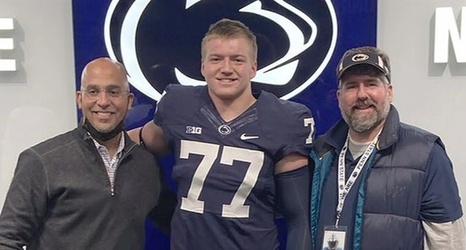 On Sunday, 4-Star offensive lineman Peter Jones announced his commitment to the Notre Dame Fighting Irish and its 2024 class.

Beating Penn State for Jones’s pledge is especially impressive, considering both of his parents and several other family members are Nittany Lion alumni, and Malvern is less than 3 hours from State College.