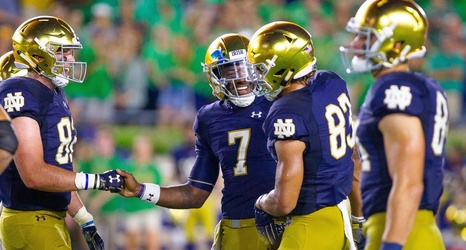 I’m bored with conference realignment and the rumors and speculation that envelopes Notre Dame football in the process. It’s time to move forward and start opening up deeper conversations about the upcoming season — which kicks off for the Irish in 52 days against the Ohio State Buckeyes.

So let’s start there.

I’ve been dropping hints to Irish fans for months, but I’m still not sure people quite understand... Columbus is going to be on absolute fucking fire on September 3. To be honest, it’s like State College but with real swagger because they don’t actually suck ass.