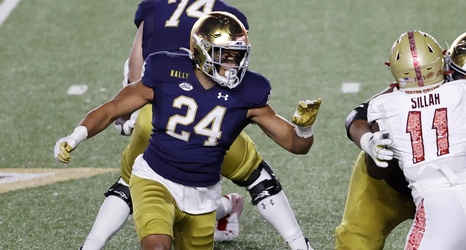 Another tight end is leaving the Notre Dame Fighting Irish with some eligibility on the table. Tommy Tremble has announced that he will enter the 2021 NFL Draft.

Tremble will join another Irish TE in the 2021 NFL Draft in Brock Wright. Wright announced his decision last week.

There was a lot of hope that Tommy Tremble was going to have a breakout year for Notre Dame in 2020 as a pass-catcher. He’s a little shorter than most prototypical tight ends, but he has tremendous athleticism and is just tough as a Hills Brothers can of nails.