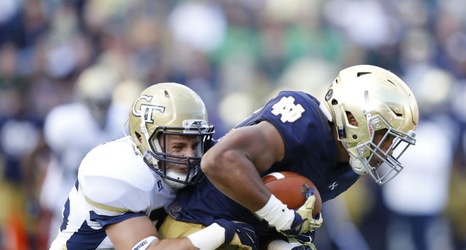 The Notre Dame football team enters their final tune-up prior to their clash with ACC leader Clemson. The Georgia Tech squad is perhaps the least talented in the ACC this season. The transition from Paul Johnson’s option attack to Geoff Collins’ more modern approach has been as difficult as expected.

The Georgia Tech defense has taken a thumping this year. Currently, the Yellow Jackets rank 92nd out of 101 FBS teams that have played a game this season in scoring defense.