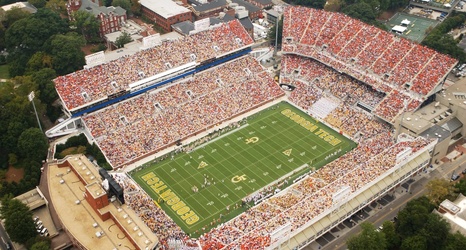 The Notre Dame Fighting Irish are ranked #4 in the country and set to play in their second road game of the season (and in a row) when they travel to Atlanta Georgia to take on the Georgia Tech Yellow Jackets. As ritualistic as the #goacc games have become over the years, so too have been bad weather ACC games.

In 2015 and 2016, Notre Dame traveled to play the Clemson Tigers and the N.C.State Wolfpack with both games being significantly impacted by hurricane weather. The Irish lost both of those games — although Clemson was a fantastic team in 2015 and the 2016 game against N.