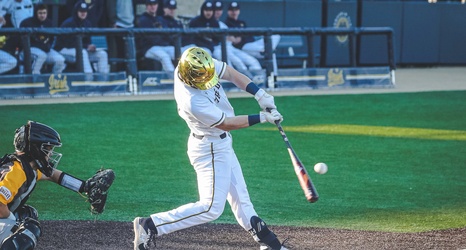 The Notre Dame Fighting Irish baseball team entered their weekend series against the Wake Forest Demon Deacons coming off of an up and down few games. Their nine game win streak was snapped last weekend when they were swept by the Duke Blue Devils in a three game series. They returned home this week and won two games against the Valparaiso Beacons and Purdue Fort Wayne Mastodons. Wake Forest then came into South Bend for a conference series and Notre Dame swept all three games. With the series sweep, and with the Louisville Cardinals losing a game to the NC State Wolfpack, Notre Dame moved into first place in the ACC Atlantic division.