Notre Dame 99-to-0: No. 48 Will Schweitzer, early-enrolled freshman defensive end 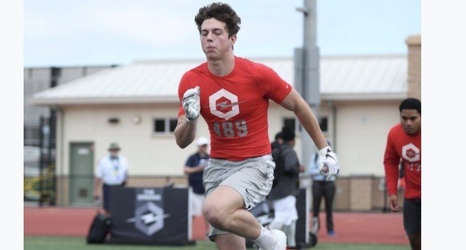 Listed measurements: 6-foot-4, 215 pounds.
2021-22 year, eligibility: The one class on Notre Dame’s roster with clear eligibility parameters, as an early-enrolled freshman Schweitzer has four seasons of eligibility remaining.
Depth Chart: Wherever Schweitzer ends up in new Irish defensive coordinator Marcus Freeman’s scheme, he has time to develop. Either the early enrollee remains at drop/Vyper as he was eventually recruited for, the defensive end with some vague coverage responsibilities, or he becomes the corresponding linebacker, one with some blitzing responsibilities. In both spots, Notre Dame has at least a pair of more established players ready to split time.