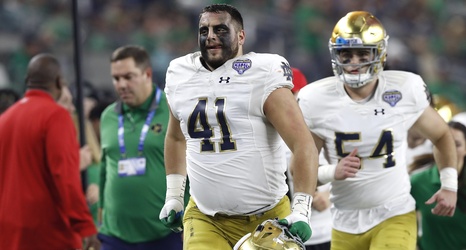 Notre Dame (4-1) hopes to bounce back from last week’s ugly loss by hitting the road to battle Virginia Tech (3-1) in Blacksburg on Saturday night. The Fighting Irish are in a foul mood after losing at home for the first time in four years, while the Hokies are fresh off a bye week following an easy victory over Richmond. A live television broadcast of the game can be seen only on the ACC Network beginning at 7:30 pm Eastern time.

The offensive ineptitude of the Fighting Irish was on full display against Cincinnati as three quarterbacks struggled behind a woeful line.