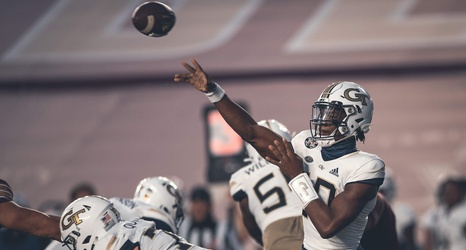 Notre Dame concludes a brief, two-game road trip on Halloween when the Fighting Irish head south to face Georgia Tech in Atlanta. The Yellow Jackets are 2-4 this season, the second year in the tenure of head coach Geoff Collins. Tech’s young roster reflects Collins’ plan to transform the program from Paul Johnson’s triple option of 2008-18 to a pro-style spread offense. This journey has been bumpy, to say the least, and Notre Dame hopes to take advantage of an opponent that has surrendered 121 points in its last two outings. The ABC network will televise the game nationally beginning at 3:30 PM Eastern time.