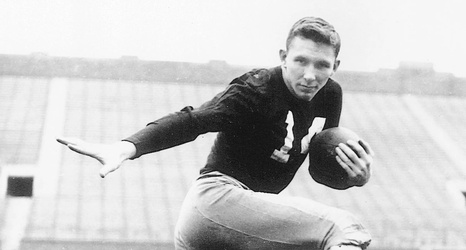 Happy Friday everyone! I have access to thousands and thousands of Notre Dame Fighting Irish photos, and will never use a small fraction of those on this site. The thing is though — I want to, and I’m going to give it a solid shot as a way to bless the beginning of the weekend throughout the offseason.

It’s all about the Heisman today (mostly).

The kids out there may not know that the real Johnny Football played for the Irish. John Lattner won the Heisman in 1953, which was the final season for head coach Frank Leahy.