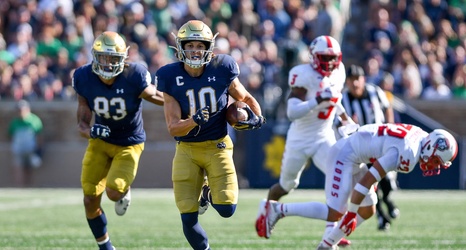 It’s okay you guys... you’re allowed to celebrate this win with some flavor. The 66-14 thumping by the Notre Dame Fighting Irish over the perked ears of the New Mexico Lobos won’t turn many heads nationally, but outside of a terrible game by the Irish — nothing was going to anyways. We could go a little “dark” here with the slow start and hard times running the ball, but the rarity of what we just saw trumps all of the negative issues at hand.

Notre Dame kicked the crap out of a team, and won by 52 points.