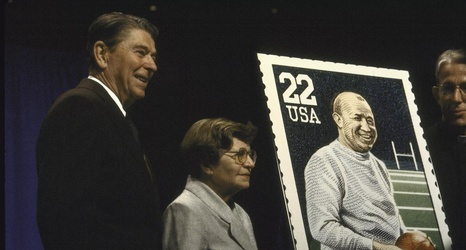 You may have heard about the bizarre, but coincidental, relationship between Notre Dame Fighting Irish and Triple Crown winners. Is there a similar trend line in presidential years? Or between Irish success and which party controls the White House? Let’s take a look.

Notre Dame’s first football season was 1887, during the first of Grover Cleveland’s two nonconsecutive terms. The Irish weren’t very successful before the Democrat ceded office to Benjamin Harrison, posting a 1-3 record. They were, however, successful during Cleveland’s entire tenure, going 15-9-1 during his split terms.