Commit Cooper Flanagan is All in on Notre Dame 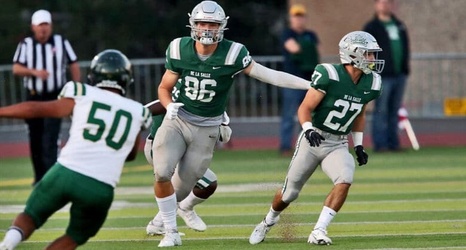 Over the past decade or so, the Notre Dame football program has made a name for itself as Tight End U. It has promoted the likes of former Irish tight ends such as Anthony Fasano, John Carlson, Tyler Eifert, Kyle Rudolph, Troy Niklas, Ben Koyack, Durham Smythe, Cole Kmet, Alize Mack, and Tommy Tremble to the NFL. In addition, the current roster contains Michael Mayer, who many believe is the best tight end in college football and likely an early first-round NFL draft pick.

Combine that with a winning program plus a world-renowned university, and it will force most prospects to always have the Irish in the mix for their signature come signing day.