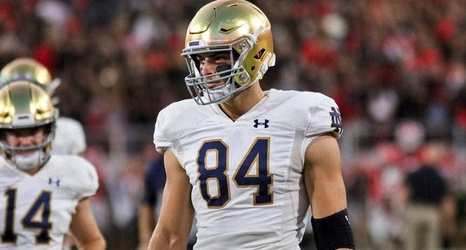 Notre Dame got some words of encouragement earlier today from the official Twitter account of the Chicago Bears from a trio of Irish alum – Cole Kmet, Alex Bars, and Sam Mustipher.

Bars and Mustipher have moved into the starting lineup for the Bears in recent weeks following a rash of injuries on the Bears starting offensive line. Kmet has hauled in 17 passes for 172 yards and two touchdowns during his rookie campaign for the Bears.